Bougainville, an autonomous province in Papua New Guinea, voted for Independence on November 23rd. The island’s 181,000 people voted to obtain full independence, 98% voted to break free and  2% voted to get more autonomy. This new nation has one of the biggest copper mines in the whole world and was a large source of revenue for the government of Papua New Guinea. The mine is estimated to be worth around 58 billion dollars, and it could cause differing views on if Papua New Guinea refuses to give up the mine. Once apart of the British Empire’s dominion of Australia, including Papua New Guinea, it with Papua New Guinea broke free after the British Empire’s dissolution. There were many attempts to gain independence, such as a 9-year civil war. After a peace treaty was signed, Bougainville gained more autonomy. The peace treaty also allowed Bougainville to gain independence through a referendum if it took place between 2015 and 2020. Other areas in the southern Pacific also want to have referendums to break free, such as New Caledonia which is controlled by France, and West Papua is considering  breaking away from Indonesia. The last new country was South Sudan which formed after after its secession from Sudan in 2011. Many countries could influence this young country, such as China and the United States. Self-determination seems to be growing all throughout the world, and who knows what can happen next.

A child was seen hitting the glass over and over again with a stone, causing it to shatter at the Oakland Zoo. Luckily, none of the bears escaped. A zoo visitor reported the child before the accident, but the family was not found.
The zoo said that the child only shattered the laminated layer of the glass and the bears inside were not be able to break out and escape. The glass is bulletproof and was designed to splinter and to not shatter. The window’s six different sheets each consists of one-inch planes of glass. It was made specifically to hold the bears. There are four grizzlys in the exhibit. The bears are 3-5 feet tall. Males weigh from 300 to 1200 pounds, and females weigh 175 to 550 pounds. These mammals are omnivores, which means they eat both plants and meat. Bears can be found in North America, Scandinavia, Russia, Japan, scattered in the south and east Europe, the Middle East, the Himalayas, China, and Mongolia in a forest, alpine, tundra, and desert habitats. Grizzly bears are also on the California flag, but sadly, there are no wild ones here today.
Unfortunately, the broken glass at the grizzly bear exhibit will cost around $67,000  to fix, and the zoo will not be able to do it until the second week of December. If you went to the zoo and saw this sign, would you want to stay and visit the grizzly bears?

The November Democratic Debate was held in Atlanta, Georgia.  The debate started off with ten people talking about impeachment and targeting Donald Trump again.  They then debated the subject of race. Pete Buttigieg talked about how he wasn’t discriminated about the color of his skin, but he did see how the others debated about his rights.  There were also some people who were targeted. Joe Biden was targeted because some things he said were not true. For example, he said he was known in the black community especially by the “only African American woman that had ever been elected to the United States Senate” even though Kamala Harris was right next to him.  He sometimes even ended his statements with little explanations. Pete Buttigieg was also targeted for being inexperienced because the highest office he has held is mayor. They also talked about climate change, abortion rights, and a wealth tax. Kamala Harris targeted Tulsi Gabbard for spending four years on Fox News criticizing President Obama.
For December’s debate, Joe Biden, Pete Buttigieg, Kamala Harris, Amy Klobuchar, Elizabeth Warren, and Bernie Sanders have qualified so far.  Many candidates are still working to meet the qualifications.

Many people in America switch to a different time every year. In the spring, we Americans, “Spring forward.” However, in the fall, we switch times once more. This is called, “Fall back.” The main purpose for these time changes is to take advantage of daylight hours. The fall clock switch is also called, “standard time.” Some benefits of springing forward can be using less artificial light and longer evenings. Some cons can be that this change doesn’t save energy and it can disrupt people’s bodies and make them sick. But, do more Americans like “springing forward” or “fall back?” Turns out, many Americans do not like “daylight savings.” They actually like standard time better. Standard time is believed to give many people more sleep because you “fall back an hour.” According to the new poll by The Associated Press-NORC Center for Public Affairs Research, “4 in 10 Americans would like to see their clocks stay on standard time year-round, while about 3 in 10 prefer to stay on daylight saving time.” This information shows that although many people still switch times twice a year, they would rather stay on standard time for the entire year. This even applies to students here at St. Anne’s School. Many of our students would prefer standard time. However, some don’t care about switching times twice a year. Many said, “I still get up at about the same time and the day seems normal for me.” What do you think about daylight savings and standard time?

Veteran’s Day
By:Keoni Liwanag
Veteran’s Day, the day that we celebrate the U.S. Military’s Veterans, was on Monday, November 11th. Around the world it is  commonly known as Armistice Day, the day that ended the fighting of the First World War. This wasn’t the end of the war, but the signing of the armistice by the Entente and the Central Powers on the Western Front.
Augusto Liwanag, my grandfather, was a military veteran. He served in the U.S. Navy, and was in the military for 23 years. Augusto worked on aircraft carriers such as the USS Coral Sea. His first years of service were in Vietnam, during the U.S.’s involvement in the Vietnam War. “I joined the Navy to support my family, and I needed a job. The Navy also gave me an opportunity to travel around the world. I went to Singapore, Thailand, Hong Kong, and Australia in the early times of my career,” said my grandfather. “I first worked on the F-4 Phantom II, a fighter bomber. Then, I worked on planes like the F-14 Tomcat. I had to adapt to newer planes and situations, and this carried on me throughout my life. You needed a large amount of technical skill to work on these planes, and I needed a plethora of knowledge to repair them. I learned a lot when I was in the military. I had to set goals for myself to push me further, and I needed to take responsibility for not only my squadron but also my superiors. My first goal was to provide for my family, but then my next goal was to visit as many countries as I could. After my work in the Navy, I worked for the postal service for another 21 years.” stated Augusto.
2018 was the 100th anniversary of the signing of the armistice. The German and French leaders, Emmanuel Macron and Angela Merkel, met. This day was to celebrate not only the end of the First World War, but to remember and recognize those who have actively served in any of the U.S. Armed Forces. So next time it’s Veteran’s Day, remember the disasters of war, and those who have served in them.

The New AirPods Pro
By: Caroline Zheng
As we all know, Apple just released their new series of Airpods, Airpods Pro. The new AirPods improved in many categories from the last generations, and many customers who reviewed them reported a great improvement in the quality. The AirPods Pro has three interchangeable silicone tips instead of the one-size-fits-all earphone construction so customers can customize their own tips that fit their ears the best. The silicone tips are more comfortable, and they decreased the possibility of the pods falling out. Customers don't have to worry about them falling out while they are working out and doing many activities with a lot of movement. The tips can also block outside sound which is an improvement for noise cancellation. People can turn on and off the noise cancellation on your phone depends on your preferably way of listening. The AirPods Pro also has a transparency mode which uses built-in microphones to intentionally pipe outside sound. In addition, AirPods Pro still comes with a super portable charging case. However, the price of AirPods Pro was raised from $159 to $249 due to their new changes. The rise in price also caused less people to purchase them compared to the past generations. AirPods Pro is very different and has  improved a lot from the past. However; they can be too expensive for many people, and the polarizing design doesn’t seem to be appealing to many of the customers.

A bomb cyclone is a storm that strengthens extremely fast.   Unlike hurricanes, they don’t require warm waters to form or appear. Pressure drops 24 millibars within 24 hours.  In New England, the pressure dropped 24 millibars in 14 hours and 34 millibars in 24 hours. There were wind gusts around 50 mph that swept through the area. The bomb cyclone was equivalent to a Category 2 hurricane, and it broke records for low pressure in Boston, Massachusetts, Rhode Island, and Portland, Maine. Many people from New York to Maine had to live without electricity, and over 300 flights were canceled. 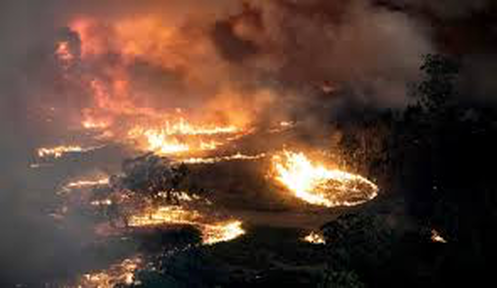