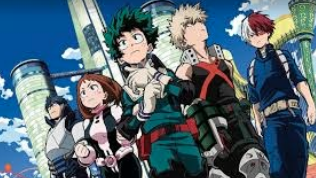 My Hero Academia is an anime centered around the genetic evolution of humans to the point where they have abnormal, unique abilities known as “quirks”. In this world, almost 80 percent of the human population have quirks.  For example, some people have to create explosions, extremely high IQ,, and even the characteristics of a frog. As you can imagine, with superhuman powers, this anime is filled with a plethora of heroes and villains.  Some quirks are so incredulously powerful, they can change the world in an instant. This is a shounen anime which is directed toward young adults but can be enjoyed by anybody. The plot of this story is focused around a freshman high school boy named Izuku Midoriya  but his middle school bully, Katsuki Bakugo, taunts him by calling him Deku. Even though Deku does not have a “quirk”, he aspires to fight villains like his favorite number one professional hero, All Might. Deku is known as a nerd who only wants to be like Bakugo. He carries around a notebook and takes notes on many different types of quirks and heroes.  Deku also goes to one of the most prestigious high schools, U.A. High. Many alumni of UA are the top heroes that Deku and everybody else admires. It was be extremely tough for Deku to pass the entrance exam without a quirk. Unexpectedly, Deku meets his idol, and obtains the thing he sought for most, a quirk. He got his power after All Might saw a fire within the young Midoriya. All Might gave Deku part of his DNA so that he could have a quirk. His new speed and powerful punches are quirks  he can pass down for generations to come.
Currently, My Hero Academia Season 4 is airing on the Funimation and Crunchyrol websites. The season will end some time this month.  Watch as Deku encounters some of the most dangerous villains and battles them alongside professional heroes and his loyal classmates.
​

There is exciting news for Matrix fans. Matrix 4 is currently filming in San Francisco. The filming is taking place downtown in the Financial District. Matrix 4 features the star actor, Keanu Reeves, and he was recently spotted in North Beach grabbing a snack before hitting the set once again. Most of the filming will be done at night, so it is unlikely people would have a chance to see the production. On the streets of Battery and Market are large boxes labeled “fog juice”, commercial use fans, and many other props. Each block of supplies is guarded by an armed security guard. It is unsure where Keanu is staying, but he has been sighted all over San Francisco. The plot of Matrix 4 is a tightly kept secret.  Neo and Trinity died in the last film, but they were recently sighted on a motorcycle together. Rumors about their return from the dead are already circulating. The scenes that are being filmed are action packed as always. One scene had actors attached to a harness jump off a skyscraper downtown. Images of Keanu strapped into a harness are also circulating on the internet. If you want to try to see Keanu and his co-stars, filming usually starts around 6 pm around the financial district. The Matrix’s release date is not until May 21, 2021, and it will be rated R for extreme violence and excessive swearing Although it is rated R, the Matrix 4 will probably be viewed by many fans around the world. The first Matrix movie raked in over $460 million world wide.  Hold onto your hats because Keanu is in town! 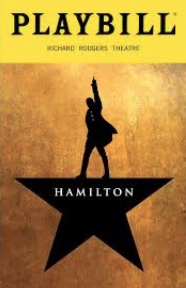 Hamilton Is Coming To The Big Screen
By Valeria Fuentes
Hamilton won the award for best musical at the Tony Awards in 2016. At the event, Hamilto took home eleven Tonys from its 12 nominations. Lin-Manuel Miranda, the creator of Hamilton and the musical In the Heights, recently announced that Hamilton will be in theaters in 2021. In the Heights will be coming to the theaters as a movie adaption this summer. Hamilton will be more of an on-stage experience. It will star the original cast with Miranda as Alexander Hamilton, Daveed Diggs as Marquis de Lafayette and Thomas Jefferson, Leslie Odom Jr. as Aaron Burr, Christopher Jackson as George Washington, Jonathan Groff as King George, Renee Elise Goldsberry as Angelica Schuyler, and Phillipa Soo as Eliza Hamilton. Therefore, Hamilton will not be a film adaption but a live capture of a stage performance. It will be a recording of the show from 2016 at the  Richard Rodgers Theatre on Broadway. Disney decided to buy it for $75 million. After it is in the theater, it will also be on Disney plus. Thomas Kali filmed the performance for people so they can see it in theaters. Everyone will soon get the experience to see Hamilton with the original cast for the price of admission at their local movie theater. 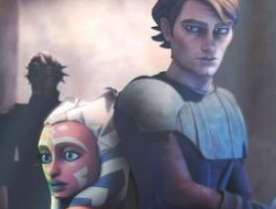 Star Wars Review
​                                        By Jack Baxter
On March 7, 2014, Star Wars: The Clone Wars was officially canceled. This was devastating for fans because the show abruptly ended. There were a few reasons for the cancellation of the show. Cartoon Network thought that the show was becoming “too graphic”. They felt that the show was having too many scenes where graphic and gory deaths occured in what was marketed as a kids show. Lucas films studio wanted to pursue the show now known as Star Wars Rebels.  The show  is based during  the time of the empire and early rebelion. It is a good show to watch to get context for the original trilogy. The voice actor for Boba Fett in the show was reported as saying the show was, “Getting really graphic.”  The director, Dave Filoni, wanted the show to  grow up with the fans, so it was inevitable that the show would become graphic.
On January 22, 2020, Star Wars The Clone Wars  Season 7 was officially announced. Every fan of the previous show was ecstatic. The 3D renderings for the show had been around since 2014 , but it was cancelled before Season 7 could ever be released. Something that will show up in the new season are events like The Siege of Mandalore, The Introduction of the nBad Batch, and the final showdown between Ashoka Tano and Darth Maul. Most seasons of the show had around 20 episodes, but the sixth season had only 13. Since the team  wants to conclude the show quickly, there will only be 12 episodes in season 7. The season will span from the end of season 6 all the way to the beginning of “The Revenge of The Sith. “ Most Star Wars superfans are overjoyed for the new season and can't wait for what will unfold in the new season. 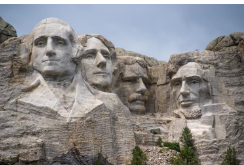 President’s Day is a day to celebrate and honor the presidents who have served our country. On President’s Day, we especially remember George Washington because President’s Day was on his birthday. Here at St. Anne, several people were asked about what they did for the President’s Day weekend. Many people who were interviewed said, “Nothing.” Some students even asked what President’s Day was. However, some other students gave me a clearer answer. “I tried my best to enjoy the weekend, but I had a lot of homework to complete. I had fun with my friends working on a school project though,” (The person who said this wishes to remain anonymous.) Even though it seems that many people didn’t do anything special on the weekend, some people decided to use the weekend to travel. Since it is still winter, many people have headed to Tahoe or Reno  to play in the snow, build a snowman, have a snowball fight, or to ski and snowboard. President’s Day is a federal holiday,so everyone gets to enjoy a day off work. President’s Day is a day we should recognize as a day for all the presidents. We should reflect on the presidents that have come and gone throughout the years. So, next year, on the third Monday of February, spend some time remembering, and learning about our presidents. Also, don’t forget to wish George Washington a happy birthday!

Many people might know about the many tea places near the school, such as Tpumps and Starbucks, but many people don’t know about Teapenter. Teapenter is located on Irving Street, which is only a few blocks from our school. We interviewed four students that have tried their drinks . I interviewed Cameron Hollands and Wesley Abrams from 8-1, and Juancarlos De La O and Gavin Edmunds from 8-2. They love Teapenter and think Teapenter is one of their favorite boba places of all time. When they have time, they love to take a trip to Teapenter with their friends after school. They love the unique flavors of the drinks and how their tea contains no artificial flavorings. Teapenter serves many different flavors and toppings. They  also serve some Asian snacks on the side in case the customers are hungry. However, all the students think that the prices at Teapenter are a little bit expensive and unreasonable compared to other places. They only serve one cup size which is medium-sized, but all of their drinks are over five dollars. For example, the House Special Fruit Tea that is popular among many people costs six dollars for a cup. The flavors at Teapenter are excellent, but the cup is way too small for its price. The students think that if Teapenter has more cup size choices or if they lower the prices of the tea, several more people would like to try it out. They highly recommend going to Teapenter if you are not on a budget and just want to enjoy the tea. Additionally, their drinks are aesthetically pleasing and it’s also very nice of them to sell snacks and offer free candies.